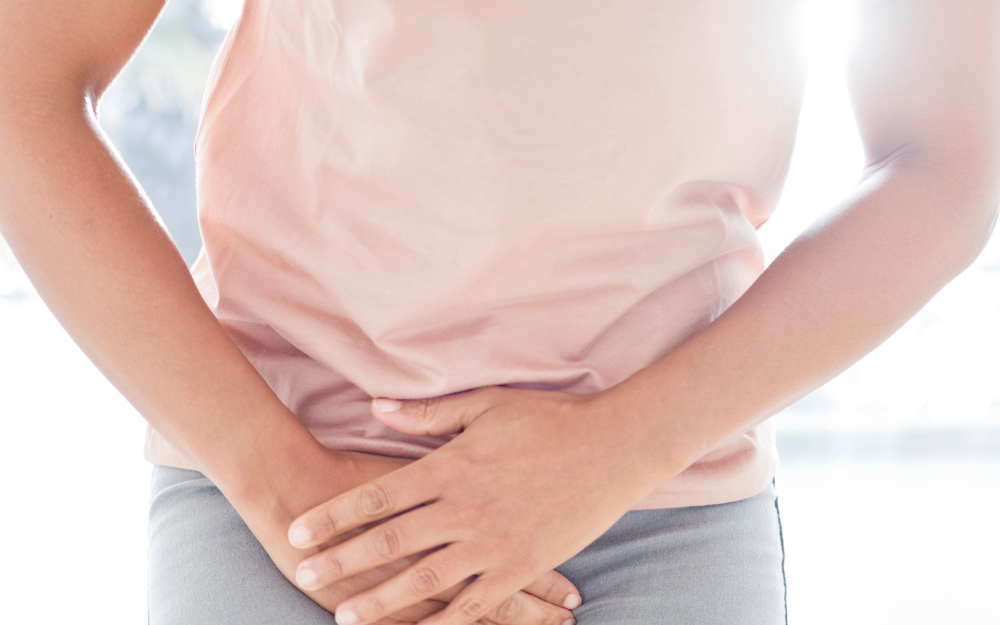 If you suffer from incontinence, you know it can be hard to live with it! However, you’re not alone in your troubles. It may come as a surprise but up to 4.2 million Australians suffer from the condition, making incontinence one of the most common health problems the country is facing. The vast majority of people who suffer from incontinence  are women over the ages of 50, but the condition can strike at any time in life. Now while surgery and medication are available treatment options, alternative therapies are also available and becoming more popular choices.

One of these is the revolutionary powers of the TESLAChair.

END_OF_DOCUMENT_TOKEN_TO_BE_REPLACED Living a healthy lifestyle involves eating a balanced diet and getting some exercise. This can go a long way towards keeping your body in great shape. But sometimes the exact results you’re looking for can really seem rather elusive. Why does that one part sag, and why won’t this particular spot firm up? Genetics and other factors can play a large role in determining the overall shape your body takes. Body sculpting and body contouring can help strengthen your muscles through noninvasive treatments resulting in the change you seek.

How does this happen and what treatments are available? Two popular and powerful body contouring technologies that are now on the market include TESLAformer and Emsculpt.

Here is a look at what both treatments offer and how they can help transform your body.

END_OF_DOCUMENT_TOKEN_TO_BE_REPLACED Hyperpigmentation is a common skin issue that occurs when melanin overproduces. The melanin then accumulates in the various layers of the skin causing it to darken.

SRA pigmentation reduction is one of the most advanced treatments available to reduce the appearance of hyperpigmentation. Keep reading to find out how this option is unique in comparison to other methods on the market!

END_OF_DOCUMENT_TOKEN_TO_BE_REPLACED

For women, particularly those that are or have been pregnant, incontinence is a real and common issue. In fact, more than one in three women will be affected by incontinence at some point in their lives. Thankfully though, this condition, while uncomfortable and inconvenient is also treatable thanks to cutting-edge non-invasive technology.

What are the causes of urinary incontinence?
There is a range of reasons bladder control issues may present. For example, illness, bladder infections, medications, trauma, age, pregnancy, and sneezing are just a few!
Symptoms can range from a small loss of bladder control to full loss and if the condition becomes chronic, the bladder cannot empty itself completely leaving the feeling of urgency, bladder fullness, bloating, and pain.

Pregnancy is another common cause of urinary incontinence because the unborn baby pushes on the bladder, pelvic muscles, and urethra making the need to go more urgent.

Losing control of your bladder can happen as a result of giving birth but once the muscles have had time to rest and recover, the problem often rights itself. However, damage sustained during pregnancy may not cause incontinence immediately, but instead, can present in women as they enter mid-life. In some rare cases, menopause will cause urinary incontinence after periods cease. The loss of estrogen when this happens is believed to weaken muscles in that part of the body.

How does TESLAChair help?
Thankfully there are treatments to help with mild bladder leakages including the use of the TESLAChair.
Some of the types of urinary incontinence issues that the TESLAChair has been shown to treat include:

The TESLAChair, developed by Iskra Medical, is a non-invasive treatment that uses functional magnetic stimulation to target pelvic muscles causing them to contract in an effort to rebuild them.

A magnetic field is generated by pulsing a current through an electromagnetic mechanism in the machine. The field created by the chair gets up to 3 Tesla strong and directs that field into the desired area. Rapidly changing the field intensity induced an electric current in the neurons that control the muscles. This process is called electromagnetic induction. Once a strong enough current is induced, it activates the neuron action potential. Once the neuron depolarizes, the muscle has a complete contraction. Not only does the contraction work the muscles, but it also boosts circulation. Plus, moving blood through the tissue increases nutrition for the cells and provides pain relief.

Even with such powerful magnetic fields, the TESLAChair was developed to be user friendly and non-invasive and today is widely seen as a leading treatment for pain and urinary incontinence.

With the TESLAChair, every part of the body can be reached without direct skin contact so there is no need to remove clothing. No paddles are used either and there is nothing attached to the skin. The act of treatment is indeed a passive one with the client simply sitting in the chair for the allotted treatment time.

Treatments only take 30 minutes and require no downtime. Most TESLAChair technicians recommend a course of 6-10 treatments done two to three times per week.

While the TESLAChair is useful to treat a variety of muscular conditions, it has been shown to be exceptionally effective at helping with urinary incontinence. The FMS technology has been shown to reach the deep tissues of the pelvic region, healing and strengthening these areas with ease.

Women who have undergone surgery, are recovering from pregnancy, or have other causes of bladder incontinence have seen incredible results thanks to the TESLAChair. In fact, testing showed that 90% of women suffering from postnatal bladder problems reduced or eliminated their symptoms after using this treatment.

If you suffer from incontinence and have been okayed by your medical professional to seek alternative treatments then why not give the TESLAChair a try? The result speak for themself!

If you are looking for pelvic floor strengthening in Canberra, look no further than the TESLAChair! This guide will help you understand how the TESLAChair works, the benefits of treatments, and much more. How does the TESLAChair Work?
The TESLAChair works by utilising FMS technology, which stands for Functional Magnetic Stimulation.

The FMS system is a specialised magnetic field that generates a pulse inside of the chair.
The rapid change in the intensity of the magnetic field creates an electrical current within the neurons. Once this peaks at a certain value, the neuron action potential is achieved, and your cells depolarise – causing the muscle contraction we described above.
In other words, this electromagnetic current works as a trigger to the nerve system in your body, which causes the pelvic muscles to contract.

The Impact of Treatments
The TESLAChair treatment is used to help with everything from weakened pelvic floor muscles caused by stress, childbirth or medical reasons. It can also help individuals with chronic pain in the lumbar and pelvic regions, as well as patients with sexual dysfunction. In fact, the TESLAChair has shown to have a positive effect on sexual performance, since it enhances your ability to contract the gluteal and groin muscles.

You may be wondering, why is the TESLAChair the right option for pelvic floor strengthening in Canberra?
The key is that our innovative FMS technology provides a deep stimulation of your pelvic muscles in a way that is much more effective than electrostimulation. No direct skin contact is needed, so you can remain fully clothed throughout the therapy.

This hands-free operation is the perfect solution for patients that cannot use electrotherapy but still need a way to strengthen their pelvic muscles, treat incontinence, and rehabilitate their bodies after surgery.

There is no preparation needed and no downtime, so you can be in and out in just 30 minutes!

One of the primary indicators of pelvic floor weakness is urinary incontinence. Whether it’s urge, stress, or incontinence after prostatectomy or childbirth – the TELSAChair may be of benefit. The TESLAChair is also the perfect form of rehabilitation after you have had pelvic floor surgery as it can strengthen those muscles effectively without undergoing another procedure.

Some other indications that your pelvic floor needs help may come in the form of erectile dysfunction or issues relating to sexual performance and pleasure. By using the TESLAChair, strength can be built up in areas of weakness, which in turn can lead to increased performance and satisfaction. Similarly, if you need regeneration after childbirth the TESLAChair is a great, non-invasive way to accomplish this.

Total Body Contouring is Here to Help
When you’re ready to strengthen your pelvic floor, Total Body Contouring is here for you. Our mission is to provide our clients with the top-of-the-line technology that delivers the best results without the need to undertake invasive procedures. We genuinely want everyone to benefit from this versatile machine, which is why we offer a wide variety of package options to suit most budgets.

Our belief at Total Body contouring is that everyone deserves to love the body they live in and has the right to choose how it looks and feels.